The Caldecott Medal was named in honor of nineteenth-century English illustrator Randolph Caldecott. It is awarded annually by the Association for Library Service to Children, a division of the American Library Association, to the artist of the most distinguished American picture book for children.

The Wilder Award honors an author or illustrator whose books, published in the United States, have made, over a period of years, a substantial and lasting contribution to literature for children

The Newbery Medal was named for eighteenth-century British bookseller John Newbery. It is awarded annually by the Association for Library Service to Children, a division of the American Library Association, to the author of the most distinguished contribution to American literature for children.

The award is named after Pura Belpré, the first Latina librarian at the New York Public Library. The Pura Belpré Award, established in 1996, is presented annually to a Latino/Latina writer and illustrator whose work best portrays, affirms, and celebrates the Latino cultural experience in an outstanding work of literature for children and youth. It is co-sponsored by the Association for Library Service to Children (ALSC), a division of the American Library Association (ALA), and REFORMA, the National Association to Promote Library and Information Services to Latinos and the Spanish-Speaking, an ALA affiliate.

The Robert F. Sibert Informational Book Medal is awarded annually to the author(s) and illustrator(s) of the most distinguished informational book published in the United States in English during the preceding year. The award is named in honor of Robert F. Sibert, the long-time President of Bound to Stay Bound Books, Inc. of Jacksonville, Illinois. ALSC administers the award.

The Texas Bluebonnet Award (TBA) program has a long standing history in the state of Texas of providing children from grades 3 – 6 an exciting opportunity to participate in a unique reading program where the students select the winning book from a preselected list of titles.  This program was created in 1983 by Dr. Jan Paris, a professor of Library Science for Sam Houston State University.  Eventually, the Texas Library Association (TLA) took over the program as participation grew.  As the popularity increased over the years, the number of voting children soared as well.  We recorded 187,759 children‘s votes in the 2011 selection of The Uglified Ducky: A Maynard Moose Tale by Willy Claflin.

The Geisel Award is given annually to the author(s) and illustrator(s) of the most distinguished American book for beginning readers published in English in the United States during the preceding year. 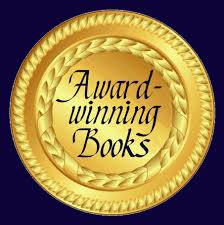